The Fibonacci sequence is an ordered list of numbers commonly of integers type, each element is the sum of its two preceding numbers. The first two numbers of the sequence are an exception and we have to initialize them.

So given that the preceding numbers of the second Fibonacci number are F0 and F1. the result must be:

to wrap up what I have explained, the 6th Fibonacci number is the sum of the fifth and the fourth numbers:

This function basically calculates the Fibonacci sequence of the provided position n through recursion. The first conditional statement stops the recursive algorithm from exploring any further and allows the program to calculate the sum.

The time complexity of this implementation is exponential because of the two recursive calls executed at each step of the calculation:

It has an approximative Big O of 2 square n (2^n) which means that the algorithm will have to go approximately through 64 computing steps to get the 6th Fibonacci number. This is huge and not optimal, it will take the program approximately 1073741824 computing steps to get the Fibonacci number of 30, a small number, which is unacceptable. Practically, the iterative approach is definitely way better and optimized. 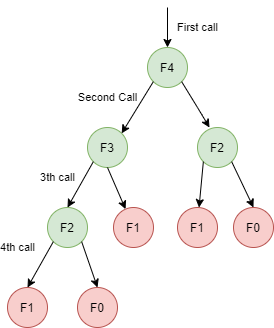 The space complexity never exceeds O (n) because the function calls that are being executed recursively may seem, at first glance, being executed concurrently, but In reality, they are instead being executed sequentially.

Sequential execution guarantees that the stack size will never exceed the depth of the calls' tree illustrated above. The program starts by executing all the left-most calls before turning to the right and when an F0 or F1 call return, their corresponding stack frames get popped off.

In the figure below, each rectangle represent a function call and the arrows represent the path taken by the program to reach the end of recursion: 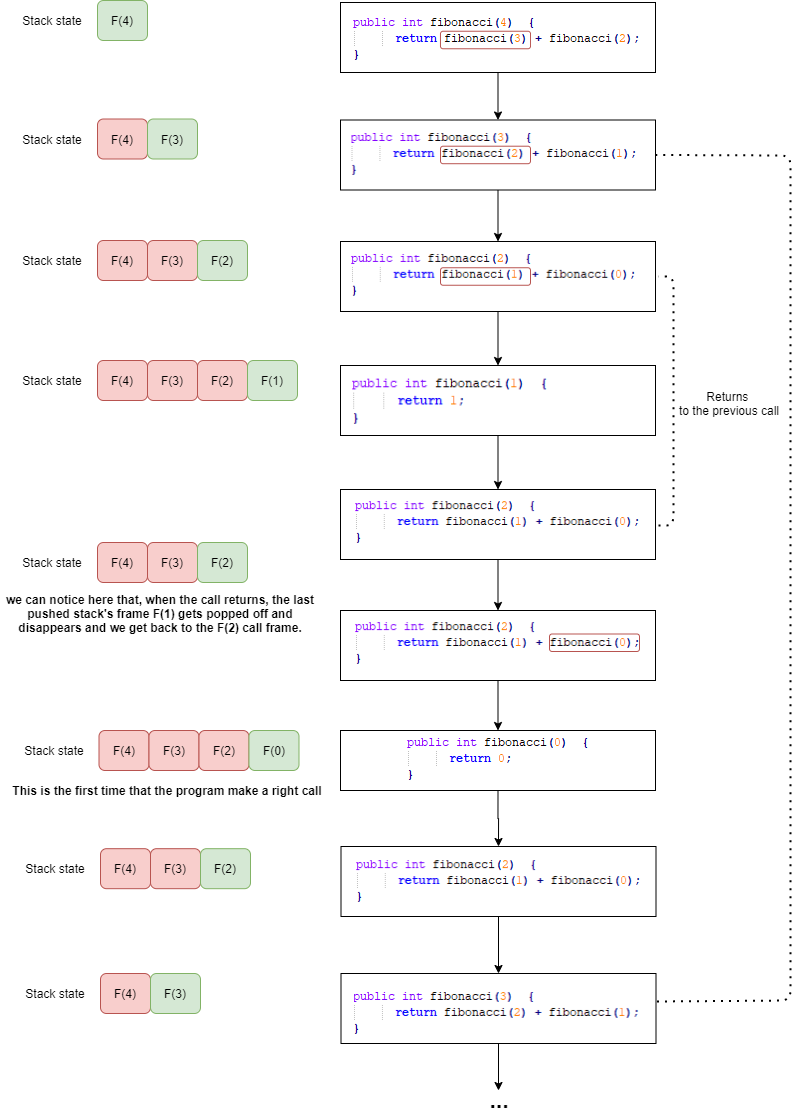 The program will follow this same pattern of execution, going from parents to children and returning to parents after executing left and right calls until it reaches the last root parent of all F4, bringing the calculated sum of Fibonacci which 3.